Virtual reality (VR) is a novel computer technology which creates a digital environment that incorporates visual, auditory, haptic, and other types of sensory feedback similar to specific real-world environments. Users can use necessary equipment to interact with the virtual scene and get immersive feeling and experience. VR involves such research fields as psychology, control science, computer graphics, image processing, computer vision, database design, real-time distribution system, electronics and multimedia. Being highly multidisciplinary and interdisciplinary, VR has become the third approach for scientific and technological exploration after theoretical study and scientific experiment.

After its birth in 1956, VR has gone through several phases including infancy, thought formation and independent development. Since 2014, VR has entered the early stage of the third wave featured by high level of enthusiasm for VR research and development, as well as significant acceleration in VR popularization and commercialization. Furthermore, the year of 2016 has been called "The year of Virtual Reality". However, there are still many technological problems in VR and the VR industry has been severely constrained by the cultivation of high-end talents and training of engineers.

China Conferences on Virtual Reality (ChinaVR), launched by Academician Qinping Zhao in 2001 and jointly sponsored by China Computer Federation (CCF), China Society of Image and Graphics (CSIG) and China Simulation Federation (CSF), is the earliest and the most important academic conference in China's VR community. The organizers and participants of the conference come from the science researchers working on the technical aspect, and industrial practitioners working on the application aspect.

After 18 years of growing, ChinaVR have become a flagship academic conference in China's VR community. The conference program has developed from paper presentations-only into diverse combinations of special courses and reports, paper presentations, theme forums, exhibitions and demonstrations, competitions and awards. The number of participants has also grown from about 50 to nearly 600. It has become one of the most important sources of technical and industrial innovation for China’s VR industry.

Different from various VR exhibitions/seminars that surfaced since 2014, ChinaVR always focuses on original innovation, independent thought and innovation-driven development strategy, as well as keeps its mission and leading role in the development of China’s VR industry. Such guiding documents as 10 Scientific Problems in VR (2009), 10 Technical Problems in VR (2015), Establishment of VR Standards (2016), White Paper on the Development of VR Industry (2017) etc. have been grown out of ChinaVR to effectively make the development of China’s VR industry more normative, scientific and orderly.

In the future, ChinaVR will stay focused to its mission without being disturbed by the chaos in VR development. Sticking with the principle of being innovation-oriented, the conference will support the improvement of weak links and reinforcement of advantages; help solve technological problems, cultivating high-end talents, training engineers and other constraints; guiding the integration and implementation of resources and technologies in China’s VR industry. Therefore, the international influence of China's VR will be further improved.

The 19th China Conference on Virtual Reality (ChinaVR 2019) will be held in Shenzhen from November 21st to 24th, 2019, and co-organized by Peng Cheng Laboratory and several other institutions. About 500 participants will attend the conference. Famous academic and industrial experts both from China and abroad will be invited to report on key technologies and hot topics in VR. Domestic and overseas researchers and engineers on VR and visualization technology will gather together to promote the development and application of VR and visualization technology in China by carrying out academic exchanges, studying development strategy, promoting achievement transformation, developing international cooperation and motivating young people. ChinaVR 2019 has many interesting activity, including keynote speeches, technical papers, workshops, exhibition/demonstration and competition, where November 21st is for registration, November 22nd is for exhibition/demonstration and competition, November 23rd is for opening, keynotes, technical papers and workshops, November 24th is for keynotes and workshops.

We invite and welcome any academic and industrial experts, students, engineers and etc., to contribute and participate our conference in a variety of ways.

Looking forward to seeing you in Shenzhen in November! 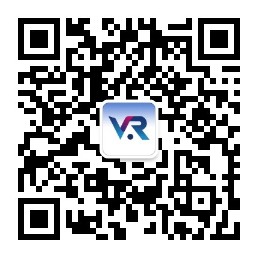